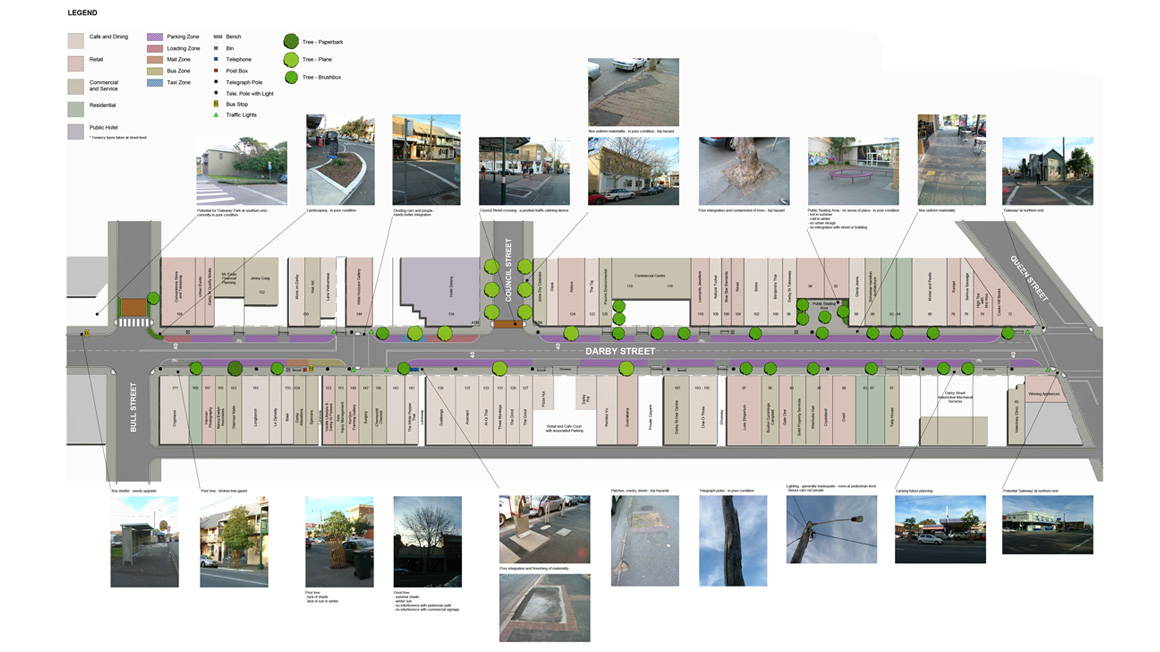 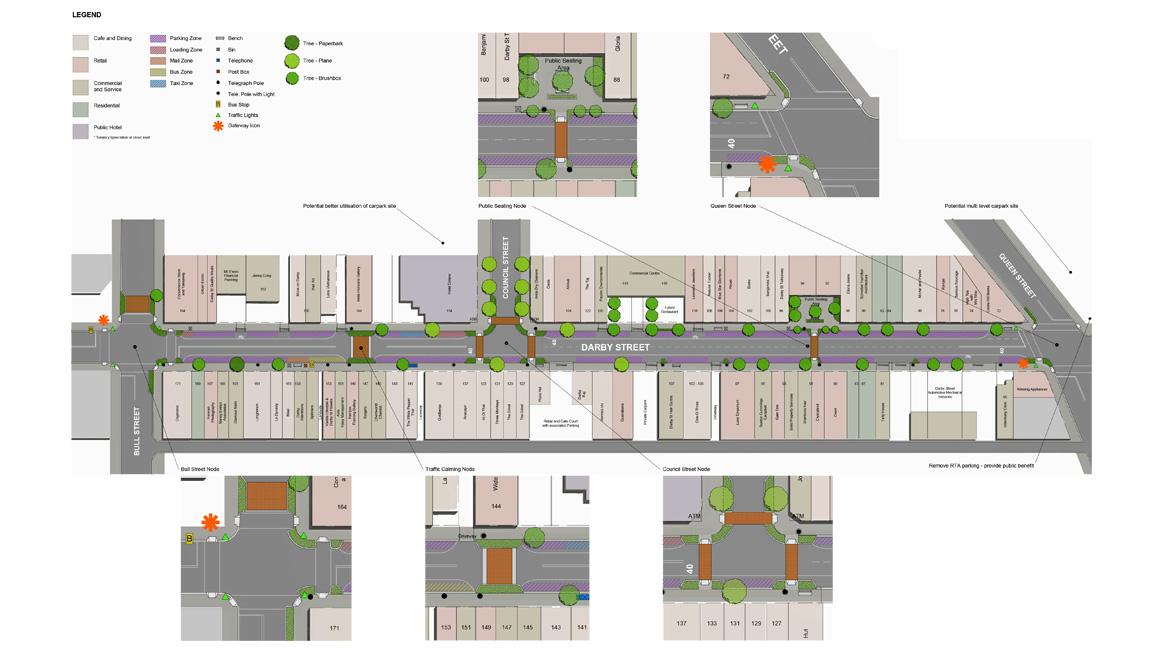 In 2006 SHAC recognised the potential, cultural and economic benefits of an upgrade to Darby St, Cooks Hill. SHAC investigated, researched and proposed a 5 year upgrade to Newcastle City Council.

Darby St forms a gateway and entry to the Newcastle CBD and Cultural Precinct. Its appeal is based on its wide ranging and differing functional elements - cafes, clothing, commercial offices, atmosphere, historical resonance and a direct connection to the City, the Civic and Art precinct; adjacent to the centre of the political and cultural life of the city.

Despite the fact that the street had major appeal and is directly connected to the city of Newcastle, it had not received the attention it deserved. SHAC's proposal to Newcastle City Council included locating power lines underground a step taken on other inner city Newcastle streets such as Beaumont St. Further to locating power lines underground, SHAC proposed trees be located in fingers into the street creating a boulevard like vista, reducing the impact of cars and providing better footpath dining outcomes.

Many of SHAC's proposed improvements have been implemented and Darby St remains a vibrant hub of Newcastle's cafe, independent retail and commercial interests. 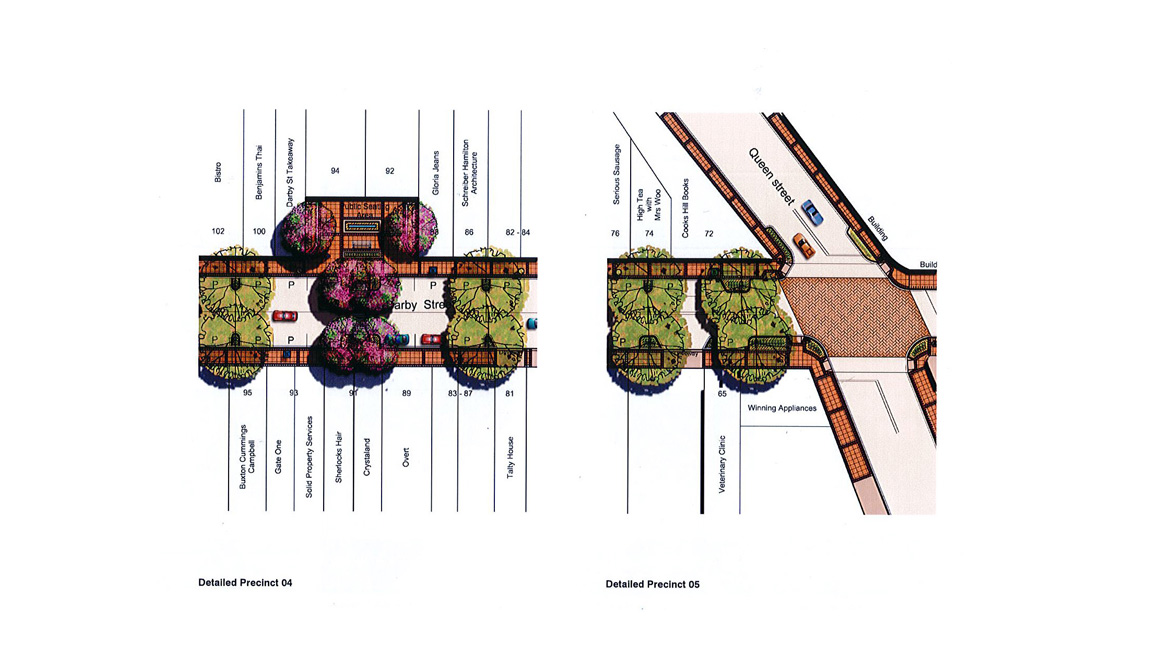 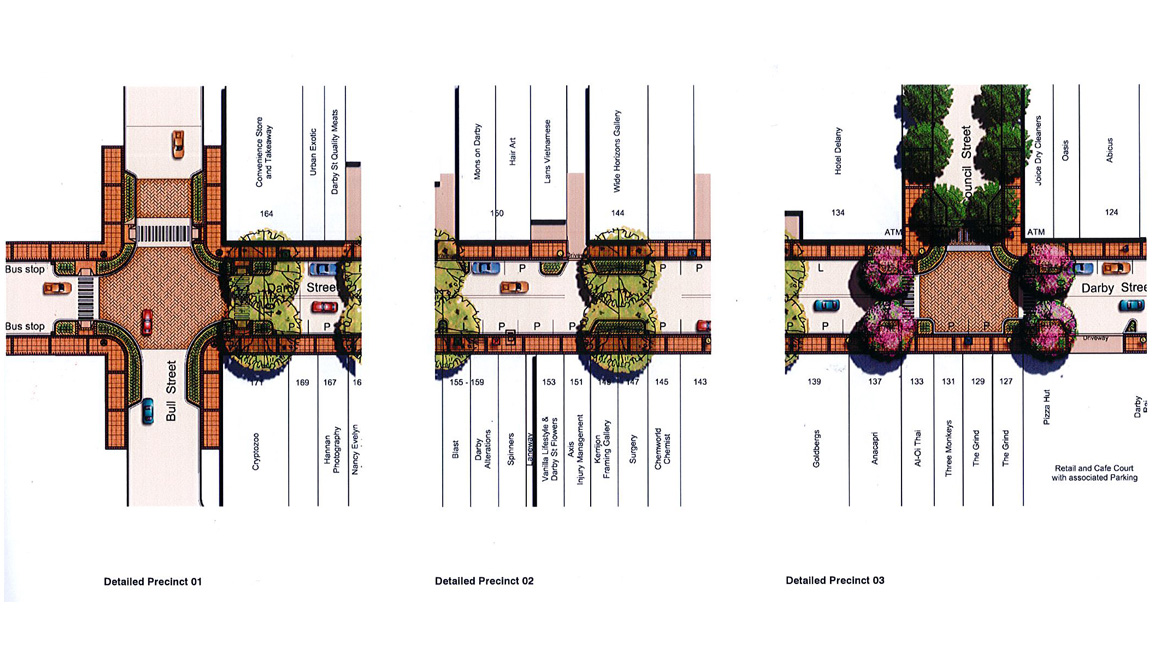