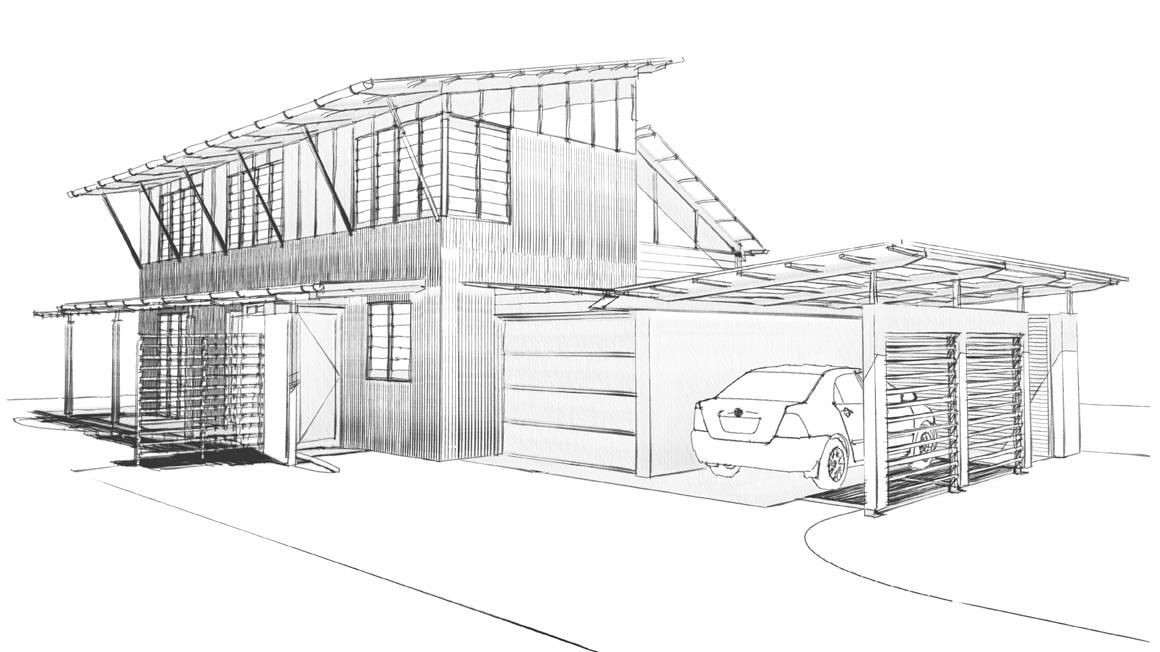 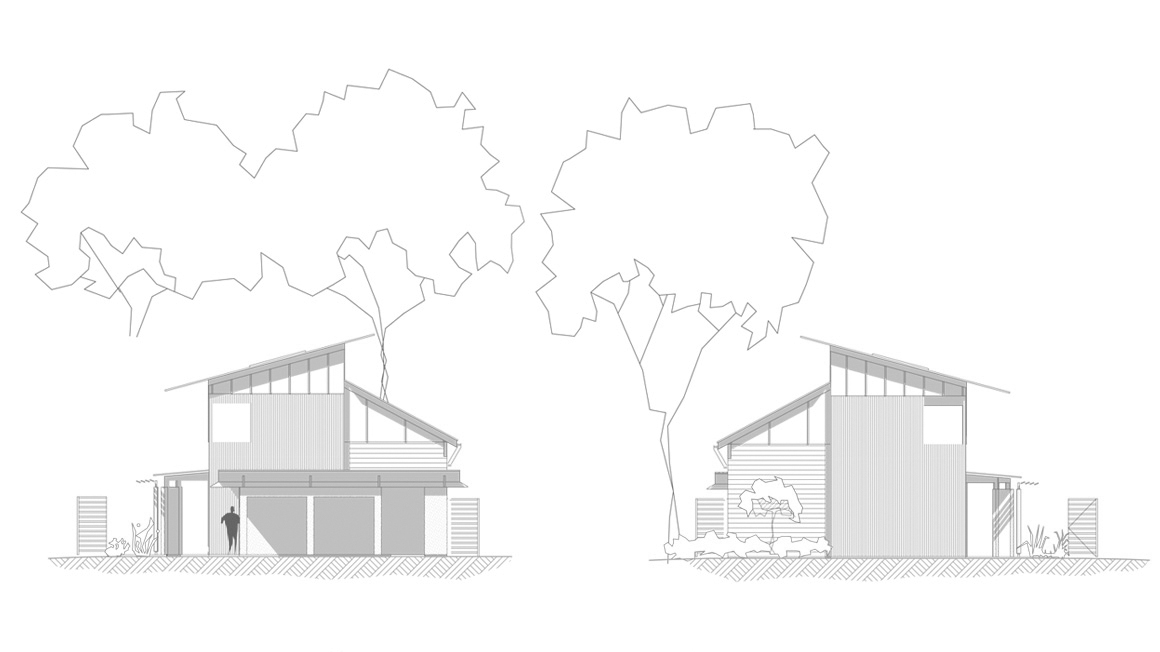 The Chathman Street Residence, a private residence for two people is organised in a conventional passive solar format with living and dining (served or primary) areas located on the northern side of the building to access the sun and courtyard. The bedroom and bathroom (servant or secondary) areas have been located on the southern side of the building. The kitchen and studio spaces have been treated as primary or served space since they will be used frequently and should, therefore, be provided with the optimum environmental conditions on the northern side of the proposed building.

The elongated shape stretching east-west is advantageous to the provision of passive solar control. Sun shading elements such as roof overhangs and verandas have been employed to provide sufficient shading for summer months whilst admitting the lower angle winter sunlight.

The overall form of the dwelling is broken down using a mixture of light-weight cladding, steps in plan articulating primary and secondary spaces, and varying roof forms and overhangs, which combine to reduce the visual impact of the proposed dwelling by providing scaling elements and visually interesting forms. 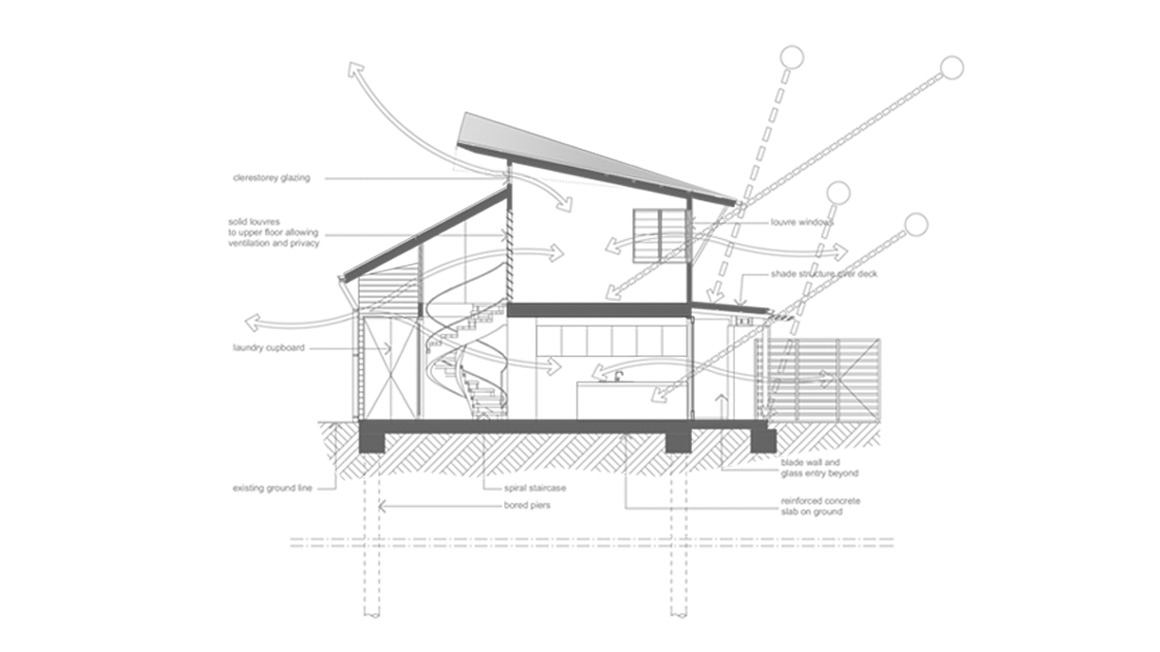 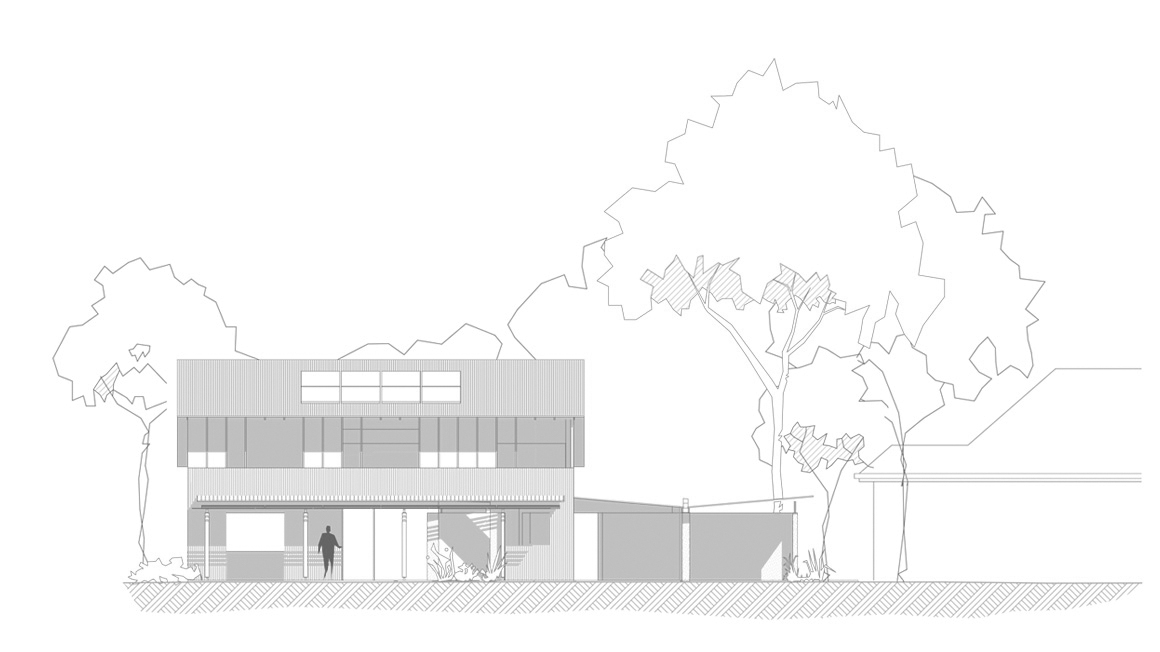 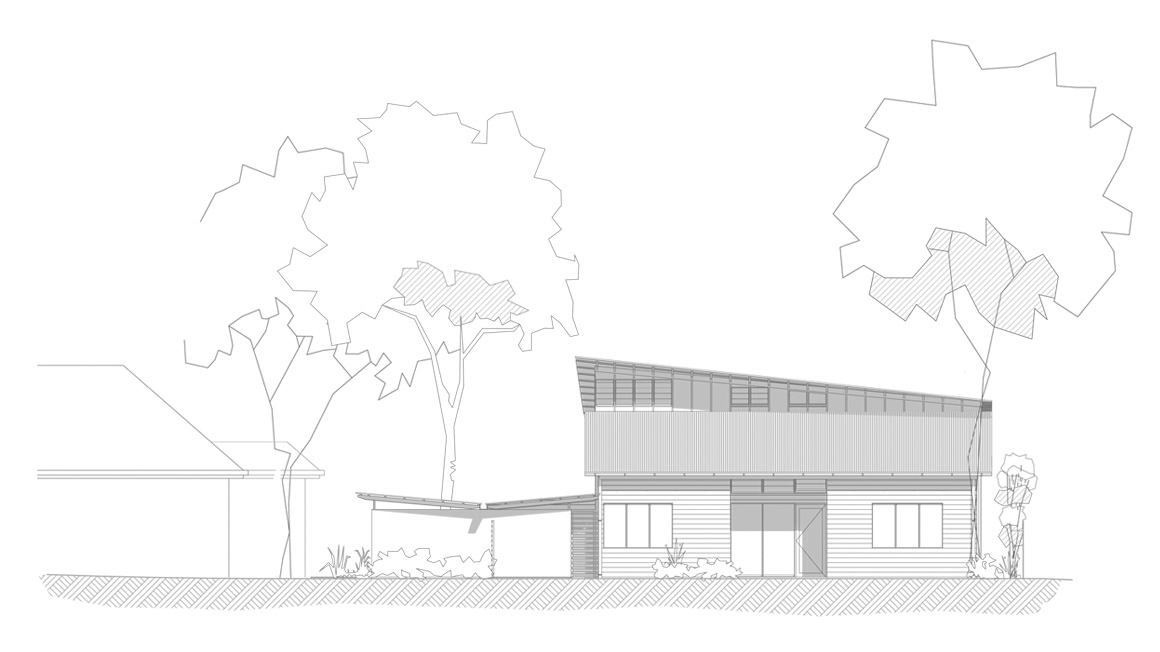